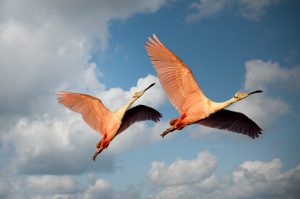 Lately I have heard three different stories of men who have been physically and emotionally abused by a woman. They don’t speak about it often.

And I have heard a man say that he expects his partner to be kind to him and attend to his emotional needs without his ever having to ask. Or even to fully recognise what his needs are himself.

In India one woman reports a rape every fifteen minutes. Greta Thunberg is dismissed as ‘ugly’ by a string of males on social media. And the ( ostensibly) adult President of the USA tells her to ‘chill’. Women are often chided for being too angry. And men are derided for being a ‘pussy’ or ‘girly’ The worst thing a man can be.

The tectonic plates are shifting. Many of us are looking for a way out of these proscribed behaviours, roles, and attitudes. We no longer wish to be constrained by outmoded codes and ways of being. And yet the penalties for deviating from the norm are still severe in many parts of the world. And, even more importantly, we wrestle with ancient demons within ourselves.

The metoo campaign has helped release many women from the prison of silence about abuse that has been occurring for years. Some men have been horrified to learn of what women have come to regard as ‘normal’ at the hands of their fellow men. And other men have attempted to shut women up. In any way they can. They have seen this as an attack on their ‘masculinity’ and their entitlement to women’s bodies. Some women have also tried to silence their sisters because the shifting of the tectonic plates threatens them too. They shame and undermine other women.Their attempt to keep men in the role of ‘providers’ and women as being in need of a ‘strong man’ an authoritarian father, has helped lead to the choice of some of the most regressive males one can imagine being elected to positions of power. These men have, in league with corporate powers, proceeded to dismantle laws which protect our environment and they also seek to legislate over women’s bodies as they strip away the the protection of the body of Mother Earth herself. .

It is time to wake up to the pernicious power of a system that keeps us mired in roles that limit our development into being fully human with all the strengths and vulnerabilities that that entails. A system that seeks excuses for the further destruction and exploitation of our planet and all our fellow creatures with the carrot of ‘success’ and dominance, and ‘economic growth’ dangled in front of our noses. A culture and way of thinking that imagines finding another planet to live on when we have  pillaged and plundered the one which has sustained us for aeons so that she has nothing else to offer up to us. Or that imagines being whisked off in rapture to Kingdom Come with all the other righteous who have degraded and denied the glory and the beauty of our physical being here on earth.

Let us come together with all our strengths and all that we perceive as weak, and that which  we have learned to reject because we think it is not worthy of our love or that of anyone else.

Let us find the expression of ourselves that is true to who we are as women, as men, or whatever way we want to identify ourselves.

We can transcend this polarisation which dominant forces seek to increase and find a way to meet each other on the EDGE of who we are about to become.

It takes courage. But what else is there that is worth our while to do?

A bird cannot fly with one wing. It’s time to fly, and co-create together. Beyond the divide.