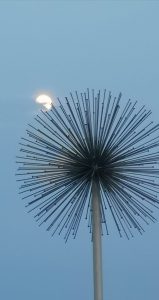 In the interview that was recently aired in the Hay House summit, I mention how I think that men need to learn to stand up for themselves. This may surprise some people since men are often viewed as overbearing and dominant.

However this domineering behaviour is in my view often a result of having grown up with an image of masculinity which requires men to abandon their own sensitivity and empathic capacities at an early age. Simply in order to survive.

They then struggle with recognising feelings of hurt.
And are unable to defend themselves against further emotional wounding. As their ability to acknowledge that hurt has been buried under years of learning to toughen up and that “boys don’t cry”.

So there is no one around to embrace the boy who is frightened and hurt. And some men lash out in emotional and physical violence. I recall Nick Duffell, who has written widely about this, saying that men in higher social echelons are often prone to using sarcasm and condescension which is a form of violence that leaves emotional but no physical marks.

Many men in relationship with women will unconsciously expect the woman to somehow intuit their fear and sadness and to know what lies behind their fury, irritability and coldness.

But women cannot be expected to carry this load.

And if men have this expectation, perhaps because that’s what their mother did, then they also become completely dependent on the woman for emotional support and recognition of their feelings.

So what do I mean when I say that men need to learn to stand up for themselves?

I mean that that men need to acknowledge, protect and honour their own deep feeling nature.

This means too that men will tell us women when we are being hurtful. And we women need to be able to hear that.

We all, women and men, need to be released from the rigidity of assigned roles and discover our unique blend of characteristics.

“The first act of violence that patriarchy demands of males is not violence toward women. Instead patriarchy demands of all males that they engage in acts of psychic self-mutilation, that they kill off the emotional parts of themselves. If an individual is not successful in emotionally crippling himself, he can count on patriarchal men to enact rituals of power that will assault his self-esteem.”