Skip to Main Content
It seems to me that many of our struggles originate in the attitude of many surveying that which is before us and thinking ‘what’s in this for me? How can I exploit this land, this person, this situation to my own advantage?’ 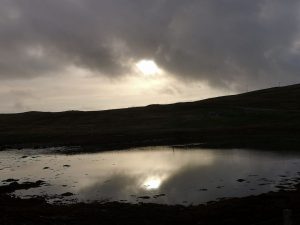 The idea of service has been pushed aside as weak and despicable. We have come to the end of what is possible with this approach to our planet and other beings. Be they human or more-than-human. There are endless examples of people who put profit before the well-being of the whole. Indeed they seem entirely unaware of such a concept. That they themselves are only a part of this greater whole and that their rapaciousness will ultimately come back to bite them in the arse. Be it more literally in the devastation of the web that underlies their own existence, the pollution of water, air, use and abuse of land or the moral, ethical and emotional repercussions of a life lived with no regard for anyone other than oneself.
And while this is so widespread, I see too that there are those who are becoming increasingly conscious of our interconnection with all that is. Science is acknowledging ancient wisdom. And the sentience of other living beings. There is an expanding world view which is seeping through into our daily awareness. Of the sacredness of the land. Of the beauty of each leaf. Of the right to existence of rivers, trees, insects. May this wisdom, this sacrality, continue to pervade all those spaces where it has been squashed and excluded in the drive to establish dominion and control over all that is other than human. May the web which nourishes us and supports our very being be honoured. And our vision cleansed of that which obstructs our perception of the already existing magnificence and the great magnanimity of mother earth.