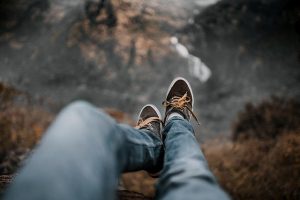 Today talking of how men need to get together and talk about ways men behave that some cannot understand as feeling threatening to a woman.
A man let’s call him Alex, who, speaking of his friend John,explains, and excuses, the year long stalking of an ex as happening because John was hit so hard by the break up.
Meanwhile the ex was so frightened she ended up leaving the country to escape.
Alex could only identify with the feeling of rejection in his friend, having just experienced a break up himself. And he couldn’t empathise with the woman’s fear. And the effect of being bombarded with messages or of finding little signs that John had been hanging around her house.
BUT one of the men, Mark, in this circle of friends heard it himself when the ex came to stay with him and his wife. To get away.
Except he hadn’t spoken out. Leaving it to his wife to tackle it.
And that led to denial by Alex that his friend had done anything wrong and an accusation that it was some ‘girl code’. In other words, women out to get men.
Now Mark is stepping out of silence.
Because he has the knowledge of the effect of the stalking. He saw it first hand.
And he has the commitment to his own growth to want to break his silence.
And he and his wife have a commitment to love and want to continue to evolve together.
It takes men courageous enough to tackle behaviour in other men that they well know is harmful. Not only towards women, but towards other men. And risk being turned upon by those who do not want to be confronted.
Because men who behave badly give others an undeserved bad reputation.
So that is why it is so very important for men to speak out. And to address the shame and pain that often underlies a sense of entitlement. It’s tough.
I am truly grateful to the men I know who are already doing this and have done for years. It has not been easy for them. They are often the ones on the edge of the crowd.