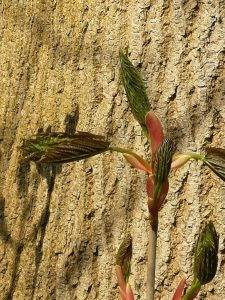 I am considering this evening the people who go onto Greta Thunberg’s FB page and make disparaging comments about her. There’s something they almost always have in common. They’re men. And from what I can tell from their profiles, they’re not youngsters. It seems to me that they feel threatened by Greta.
And they seem to insist that she is ‘uneducated’.
I fear this may be a classic case of projection

Since Greta does not pander in any way to images of how girls or women should look or be, it must be very disconcerting for them that they cannot attack her in that way. She has no need to conform.
I have heard her say that it is her Aspergers which gives her the capacity to be unconcerned about what others think of her.
She is a remarkable young woman with a great task in this life. Like another remarkable young woman – Malala Yousafzai. For both of them it has been the case that men have tried to undermine them. Men who are damaged and whose attitudes are distorted by patriarchal thinking. And who will go to great lengths to maintain what they see as their power and right to dominate.
In Malala’s case they tried to kill her.
It seems that now some have even thought up the idea of a National Rape Day in the US on which men will be encouraged to rape women and children. Yes, this is how degenerate some have become.
This to me again demonstrates the fear of a certain section of the population, of the power of women and of losing what they see as their sense of superiority. It is very similar to the roots of white supremacy. A need to maintain dominance and a fear that if this position is lost the ‘other’ will treat them as they have been treated.
They cannot conceive of sharing power.
Their lives consist of one up manship.
Because it is very difficult for people like this to imagine sharing power, sharing love, they are dangerous.
And then there are men like Malala’s father. And Greta’s father, who are fully supportive of their daughters
even though, in Greta’s father’s case, he would still have preferred his daughter to be less passionate about her mission in the world.
As the polarisation in the world increases and all forms of media tend towards sensation, there are those of us who know that we need to do this together.
Both women and men.
I believe that, in the end, there is only love.